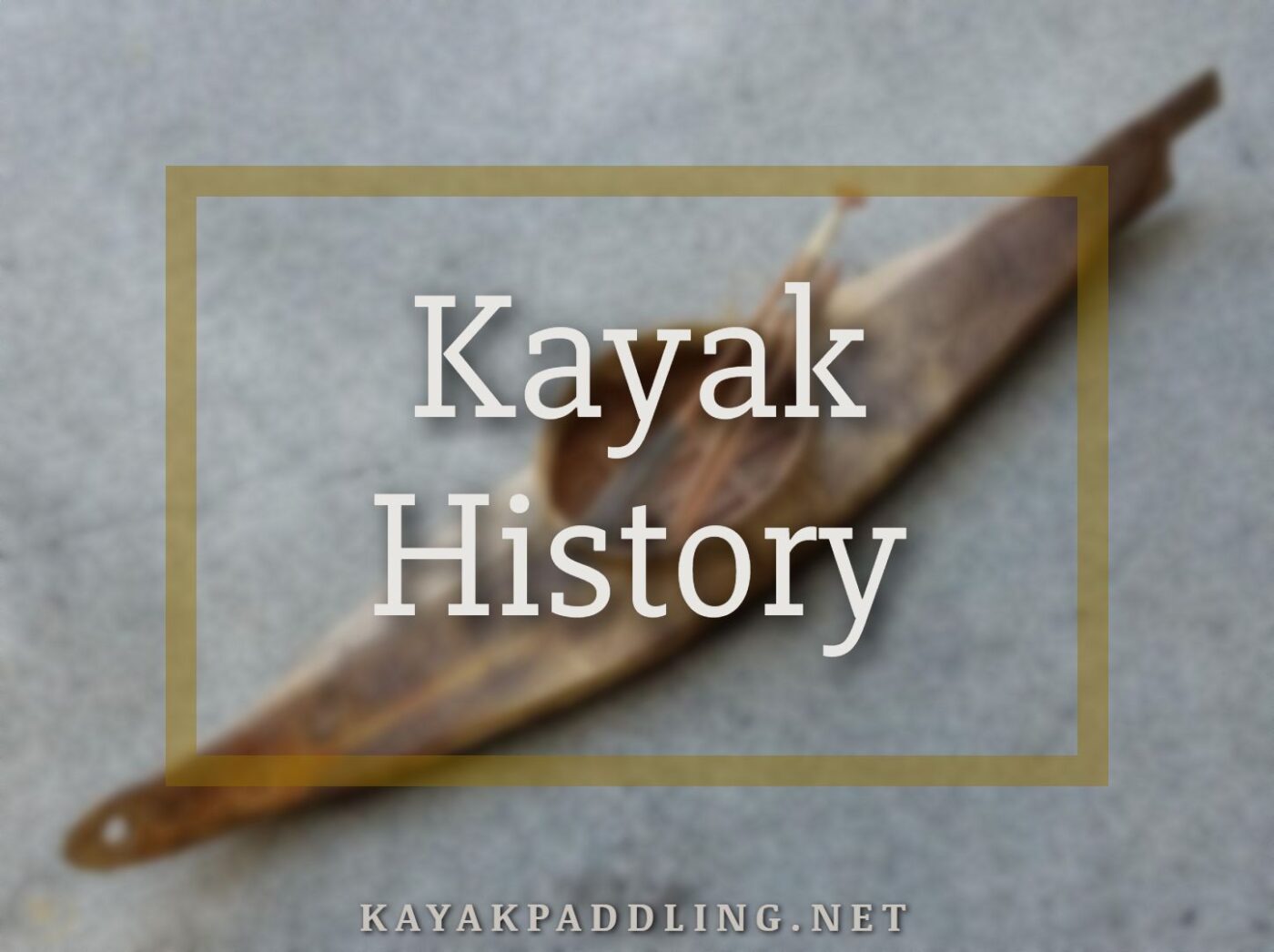 You are about to enter the wonderful world of kayaks. No other type of watercraft has the versatility, efficiency, and quietness of a good kayak. Like a bicycle, kayaks are the most efficient way to convert human power to propulsion. No noisy polluting engines, no need to fool with a lot of technical equipment, minimal upkeep, easy transport, and a lot of bang for your bucks.

Kayaks can be used for exercise, aquatic transportation, touring, adventure-seeking, hunting waterfowl, a dive-boat, fishing, and much more…. I have even seen them rigged with sails, and used on the ice like a toboggan.

But where did it all start?  How did these wonderful little boats come to be?

Since they predate written history, we have to make certain inferences based on archeological evidence, but we’ve gotten pretty good at it….

The Beginnings: Kayaks Date Back A Long Time

Kayaks are associated strongly with primitive Arctic peoples, and for good reason. It appears they are the inventors. It makes sense because the Inuit, Aleuts, and Yup’ik lived a rough life. Most of their food came from the sea because the frozen tundras offered little in the way of agriculture.

Other than caribou, moose, and bears, there was little to hunt or gather on land.

Sometime around 4000 years ago, with this in mind, they designed a smallish watercraft that could almost be worn like a garment, paddled easily, was reasonably fast, was 90% inclosed to prevent sinking, and allow it to be easily righted on the water in case of a capsize. This was a good thing because most Arctic people could not swim (the water was too cold for swimming lessons…).

They used them for whaling, seal-hunting, and fishing. Can you imagine what it was like to try and harvest a whale in one of these little boats?  And even today, some Arctic populations still do it. That takes a level of courage and determination that I can barely imagine…. 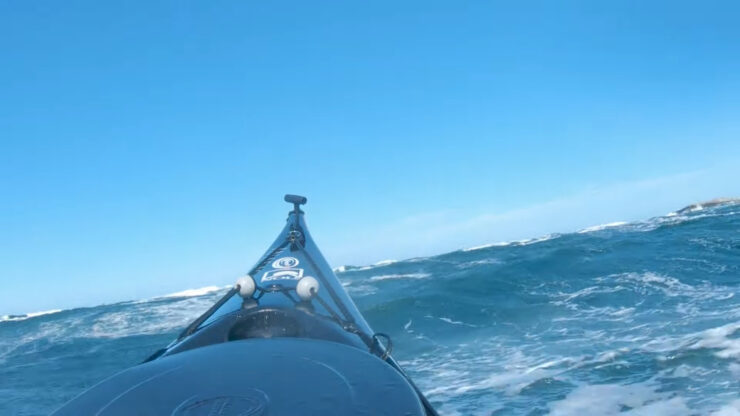 The oldest kayaks we know about come from the Aleutian Islands and the Bering Sea areas, and are known as Baidarkas. They were somewhat blimp-shaped with lots of chines, usually made of whale bones, and covered with seal or walrus skins.

All three types had a similar formula for the dimensions.

They were custom-built to the paddler. The length was 3 times the span of the paddler’s outstretched arms, the width was the same as the paddler’s hips plus two fists. The depth (or draft) was a fist with an outstretched thumb. These dimensions were so effective that this basic design, averaged out, is still used today.

The chines, or frames, of these kayaks, were made of wood where available, but its scarcity in most of the Arctic regions necessitated the use of whale ribs much of the time. To complete the boat, and make it almost waterproof, the paddler wore a tuilik., which was a hooded waterproof coat that sealed at the face, wrists, and around the cockpit coaming. This had the effect of making the paddler and the boat one whole unit. We do the same thing today with a sprayskirt.

Another primitive boat, the umialk, is technically a kayak, even though it more closely resembles a large sea canoe with several paddlers.

They were used for transportation and transport. 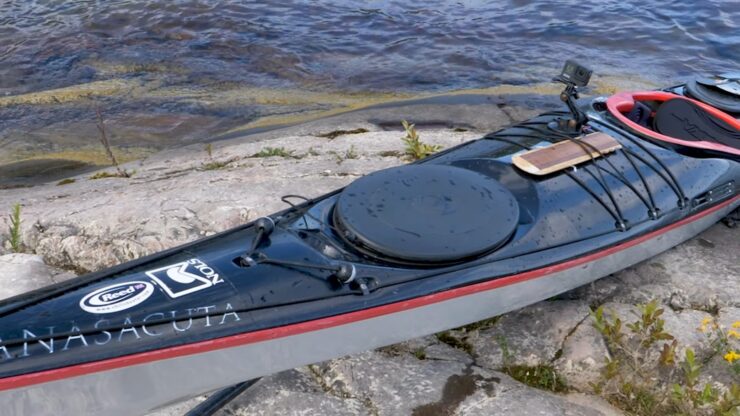 Kayak design remained like this up until the early 20th century. Kayak use was limited mostly to Arctic peoples and a few enthusiasts from the US and Europe. In 1905, a German architectural student named Alfred Heurich designed a folding kayak with a bamboo frame and denim skin that weighed less than 10 pounds.

He took out the first patent on this style and paddled his prototype up and down Munich’s Isar River to prove the design. It worked.

In 1906, another German, Johannes Keppler began producing these folding kayaks at his factory in Rosenheim, Germany. From 1932 to 1939, , Oskar Speck made a 7-year paddling journey from Germany to Australia entirely in a folding kayak.

This pretty much guaranteed that folding kayaks were here to stay.

Kayaks have even been used in combat, and still are.  In WW II, British commandos used kayaks to paddle through miles and miles of enemy territory undetected, to plant mines on anchored warships in Bordeaux harbor.

Folding kayaks are used by US Marine Recon units, US Marine Special Operations, US Navy Seals, and US Army Special Forces. “And what boat do they use?”, you may ask… Currently, the SEALS and Marine Corps use the Klepper Aerius II, and the Army Special Forces use the Long Haul Mark II Commando.

In the 1950s, the use of fiberglass to make kayaks really increased their popularity, and soon after, inflatable models became available. But the biggest boon to the kayak world was the advent of using Rotomolded plastic to form hulls. In 1973, rotomolded hulls were made in many styles, and the availability of kayaks became both widespread, and economical. The popularity of kayaks increased exponentially, and now it is one of the fastest-growing watersports.

And Now You Know….

Today, kayaks can be had in many styles and colors, for very reasonable prices. Manufacturers are continuing to develop new models, and the prices get more reasonable all the time. You can get a really decent general-use yak for under $250.00 almost anywhere kayaks are sold, and used ones are even more reasonable. They are built to last several lifetimes with minimal care.

If you haven’t checked out the world of kayaks, try one out. Chances are, you’ll become a fan like the rest of us….