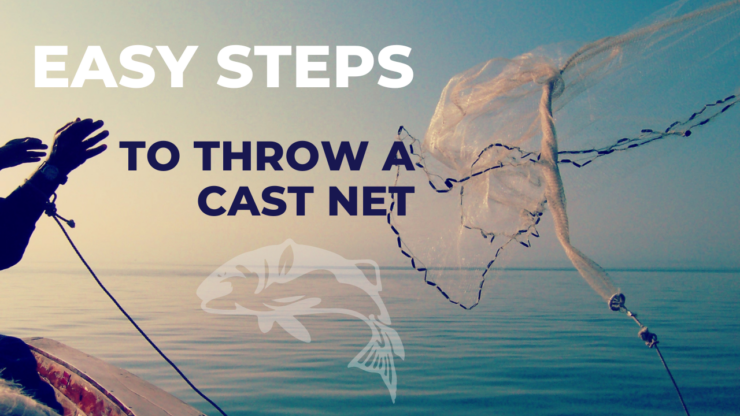 The activity we know today as fishing has been around for thousands of years and has allowed humankind to live off the water for equally as long. The fact that we can catch fish from just about any body of water and feed our family, as well as sell it to others for profit, is something that has been one of the staples of society for the longest of times.

Now, in the modern day and age, things are basically the same as centuries, millennials ago even. Catching fish is crucial for the survival of many communities but it is also the way to put so many different food items and products on the table. As technology progresses, we are merely capable to catch more fish and do it a bit easier. The general premise has remained the same as have the tools. No other activity is so much similar to the original idea like catching fish.

With that being said, not everyone knows that there are still many different ways to obtain catch from rivers, lakes, and the ocean. When one thinks of a fisherman and fishing in general, an experienced angler comes to mind, one holding a fishing rod with a bunch of equipment by their side. However, the rod is but a single way to go about it as there are many other ways to do it.

Many Ways to Catch a Fish The fact that the majority of people nowadays use fishing rods in combination with line, bait, hooks, and reels is due to convenience and the widespread of fishing as a whole. Sure, it too has been around for a long time, but in certain areas, people have never really used this method to feed their families. Far from it actually.

For example, ice fishing does not imply the use of rods. There is no way to go about it in the frozen wastelands. Rods require the water to flow and to make the bait attract the fish, which would them bite and get hooked. Then, you pull in the line using the reel. Easy enough, but always applicable. Sometimes, all you can do is make a small hole in the ice, attach bait and a hook, and wait for hours.

Many tribes and small communities that are not necessarily as developed as the western world use their hands to catch fish in streams, or spears they throw or poke at the fish. There are plenty of ways to go about it and the sole reason a certain option is more used has to deal with circumstances, ease, and resources.

Fishing With a Net 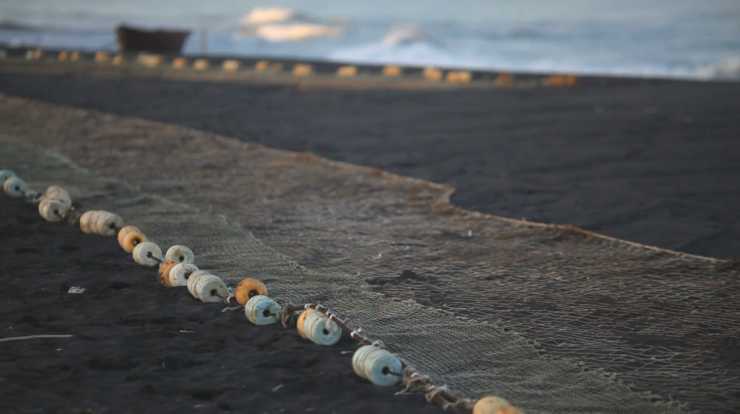 All of the fishing we mentioned above deals with catching individual fish. One angler and a single fish at a time, a process that is repeated numerous times but still the catch is always a singular water dweller. Well, there is a much more rewarding method as well as an easier one. Have you ever heard of fishing with a net?

Professionally known as casting a net, it is used to catch multiple fish at once by being thrown into an area of water where there is a whole flight of fish. Nets can be pulled out immediately or left in the water for the fish to swim in and then retrieved later.

Net cast fishing is used for more optimal fishing in scenarios where the water is filled to the brim and at times when fish are plentiful. Large nets that are operated by boats are oriented toward commercial fishing, while individual fishermen use smaller nets they can cast themselves without much trouble. Still, there is a right way to do it and we talk about it below.

Throwing a Net in 6 Steps 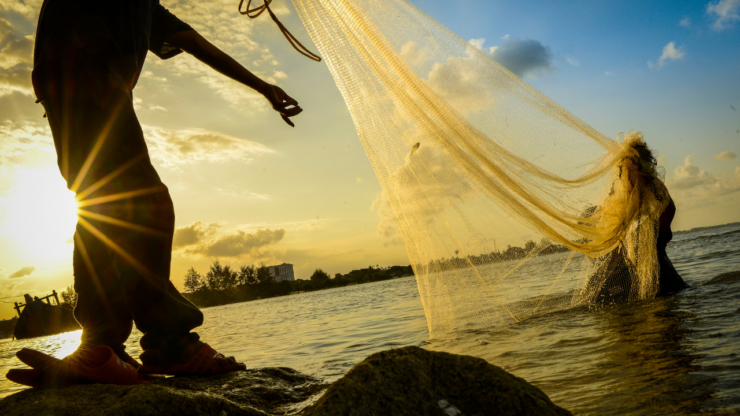 If you want to start fishing with a net and expand your fish-catching game, there is no better way to do so than with a casting net. It is best when done from the water so make sure to do it from a boat. A fishing kayak is the preferred option for most fishermen who cast nets.

Lay out the cast net on the ground in front of you and coil the rope with your left hand. On the same hand, grab the bridle and lop the net two times. This is only the initial step but a crucial one so make sure to keep it tidy and neat.

Next up, with your right hand, gather a third of the lead line. There are different sizes of casting nets but a third is a third no matter what type you have.

You are not done with that third yet. Next, you pinch it under your left arm and hold it tight in place. Practice this step before fishing to get a feeling of how much effort you need to make to keep it tucked under there. 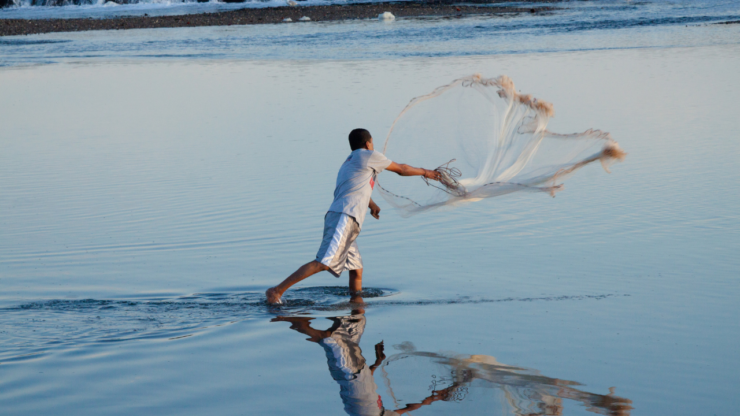 Keeping your shoulders pointed in the direction where you want the net to land in the water, you swing the net like a sack. First, you unhand the third that is in your right hand, then immediately the left hand, and then the final third under your arm. While it is three separate releases, they need to be one clean motion. You basically do it all at once but it is done by doing one a split-second before the next.

As you are doing it, it is important to spread your arms wide so that the net opens wide too. It should spin in a near-perfect circle and land exactly where you wanted it to. Remember not to throw your shoulder or you will ruin the cast. It is a low position that does not require it, therefore perfect for kayak fishing.