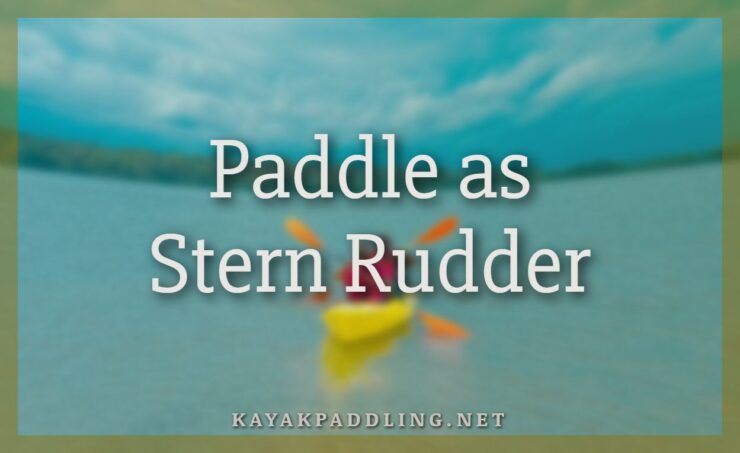 There are several methods to make the kayak go in the desired direction. The easiest technique is a built-in rudder that is controlled with foot pedals. But you should learn to survive also without such luxury equipment.

In this section, we will learn to use the paddle as a stern rudder. It is a quick and powerful way to keep direction or change it rapidly. Stern rudder or stern draw is especially usable when wind, waves, or water current tries to overtake control.

However, the downsides are that it slows you down and breaks your paddling rhythm. That is the reason why you should not consider the stern rudder your primary method for fine-tuning direction.

To learn how a stern rudder is done, you need to have the kayak moving. So for the beginning, paddle forward until you gain a good speed.

After a normal forward stroke, let the paddle stay in the water and continue the stroke behind you until the paddle is almost parallel to the kayak.