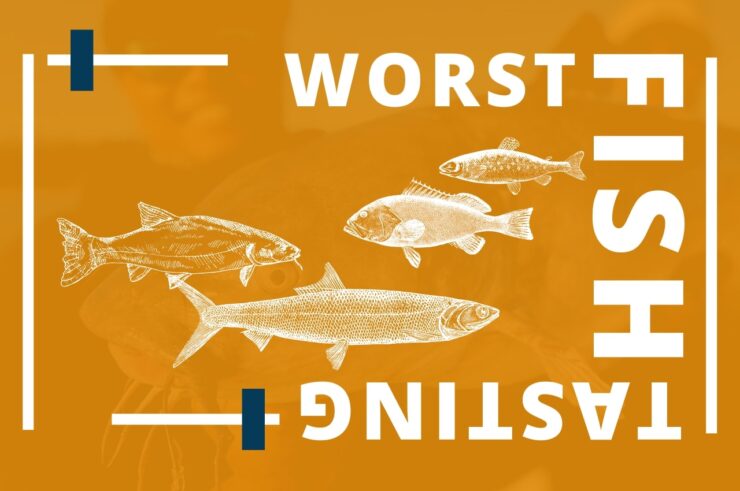 Fish is excellent and delicious food when prepared by the true masters of the craft and when handpicked by the experts. However, there are types that even such experts do not recommend eating, so today, we are going to talk about the worst tasting fish according to anglers.

Generally speaking, fish is rich in omega-3 fatty acids and a healthy source of protein, but intaking is flat-out impossible if it does not taste good. Any fish can be the worst tasting if it is not properly prepared, but some types just taste awful naturally. Today we are going to talk about these types so that you do not make an accidental mistake, try it, then severely regret it. There is a lot to cover, so let us begin without any delay. 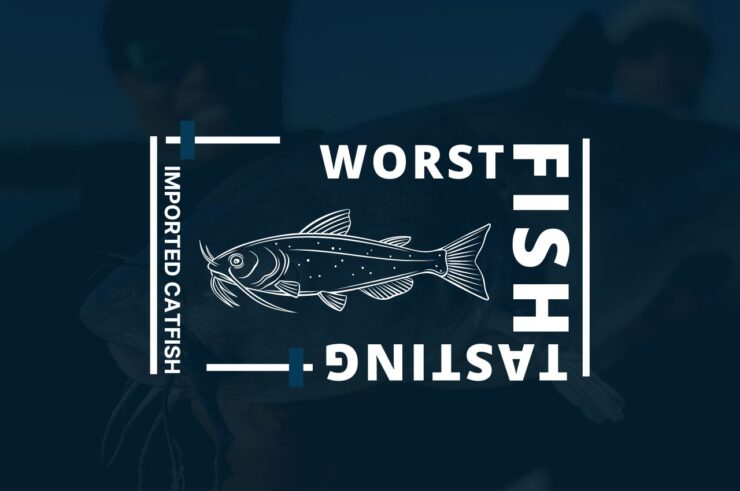 To start with, it is important to state the obvious – imported fish is rarely inspected for filth. Almost ninety percent of the fish that gets imported to the United States comes from Vietnam, where some banned antibiotics are widespread. Antibiotic use is a problem with most imported fish, including catfish.

In addition to this, two of the most common types of catfish imported from Vietnam are Swai and Basa, and they are not really considered catfish by the federal government; therefore, they are not held to the same inspection standards and rules that other types of imported fish go through. If you have a craving for this type of food, always opt for domestic and farm-raised. 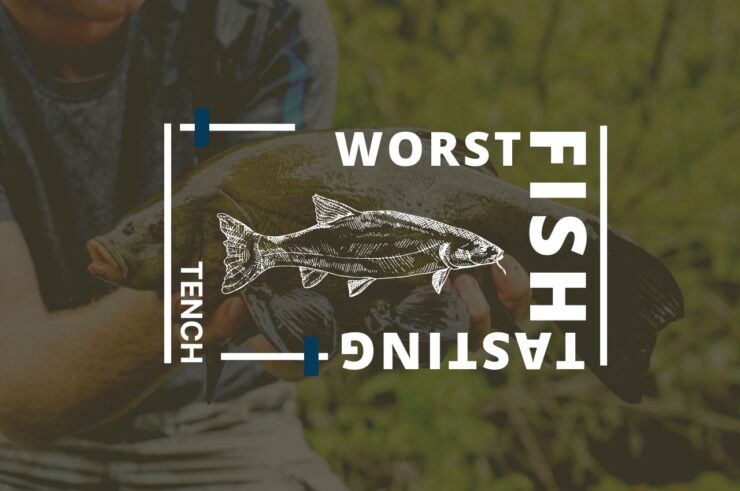 Tench is not a specie you can commonly find in the United States, but in Eastern Europe, it is pretty common, second only to carp. Trying new types of fish is pretty standard for gourmets, but in this case, we would strongly recommend staying away.

The best way to describe the taste of this specie is a mixture of stale water and mud, and when you add a squishy texture, you get a combination that you would probably want to spit out almost instantly. There is no amount of seasoning that could hide the hideous taste of this fish. 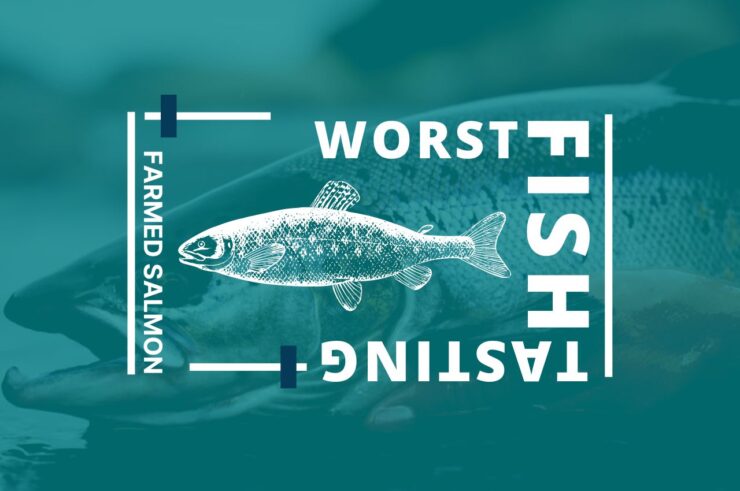 Salmon is a highly popular fish in the United States, but the majority of it is very unhealthy. Moreover, you will mostly find that the salmon is marketed as “Atlantic,” while the harsh reality is that most of them are farmed, which means they were raised in conditions that are often jam-packed with pesticides, bacteria, and various parasites.

Some scientific researches show that farmed salmon can often contain harmful contaminants and pollutants that are commonly linked to insulin resistance, obesity, stroke, and even cancer. Same as imported catfish, farmed salmon is often treated with antibiotics and can be higher in inflammatory omega-6 fatty acids. 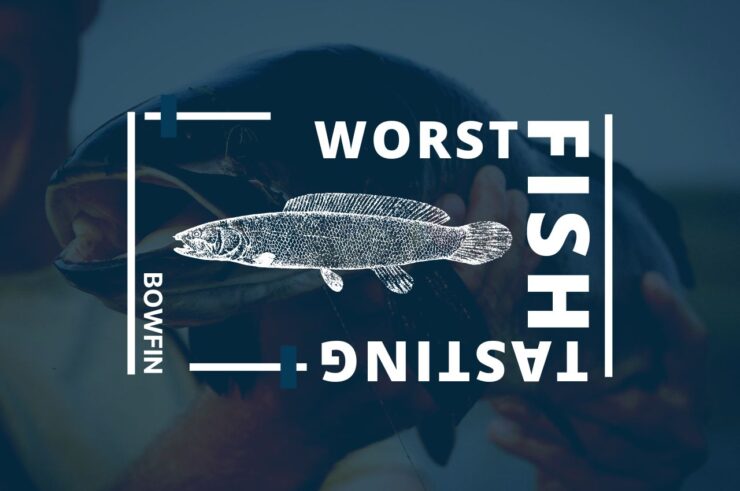 People, in general, do not feel brave enough to even think about tasting Bowfin, but if you feel courageous enough to do it, our advice is to get that thought out of your head. It is absolutely not worth it, and it does not even provide the health benefits that fish food usually brings to the table.

The ugly look and slimness of this specie should be enough to drive you away from tasting it. People that enjoy seafood usually prefer to eat meaty and flakey fish, and bowfin simply does not check any of these boxes. It has a soft and mushy texture which is one of the reasons why it is also known as cotton fish.

It does not get much better when it comes to taste. It will vary depending on the water conditions it is caught in, but these are just different shades of bad. You will either taste the muddy flavor or no flavor at all, regardless of the seasoning you add. 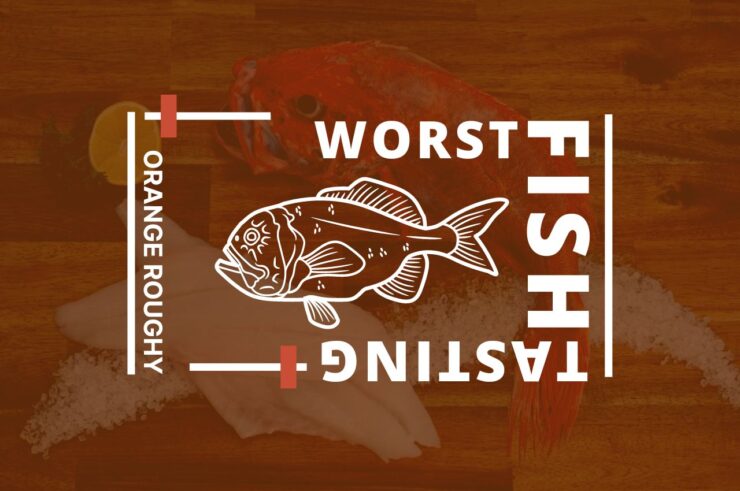 Orange roughy is one of the oldest marine fish species that can live up to 150 years. However, regardless of age, years are not kind to the taste of this particular type of fish. It is also known as a slimehead, which should paint you a picture of its taste as well.

This specie has a very long lifespan, and the late age at maturity implies that decimated population may take almost half a century before it can recover. Orange roughy reaches sexual maturity at 20 years of age, which complicates the process even further.

In case you are actually able to stomach this fish and eat it, you should also be aware of the fact that it is known to have high mercury levels, which can be very dangerous to your health, especially if consumed in larger amounts. 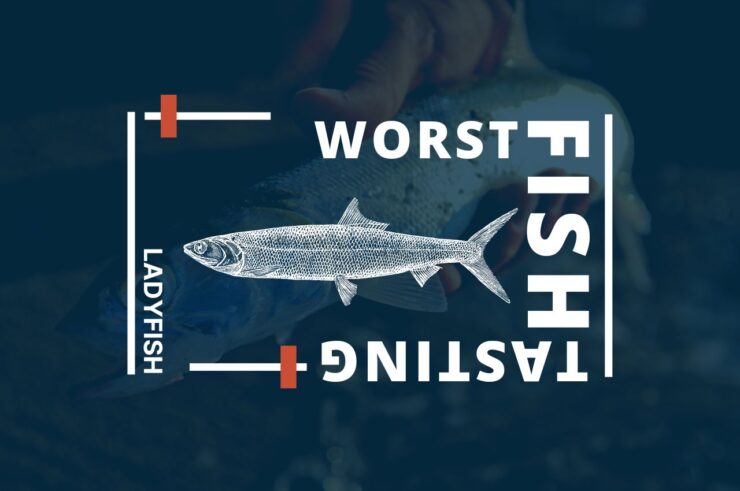 If you are not familiar with ladyfish, you might have heard a different name for it – skipjack. Regardless of what you want to call it, this specie, although edible, is a type of food that you should definitely avoid. Some people claim that there are recipes to prepare this fish to taste decent, but we would not recommend you to try it unless you are absolutely sure about it.

This specie has a very strong flavor, and most of it comes from extreme oiliness, and its texture is mushy with a huge amount of bones, which makes it difficult to even get to the meat in the first place. Slimy and oily, this specie is best to avoid and go for some better-known alternatives. 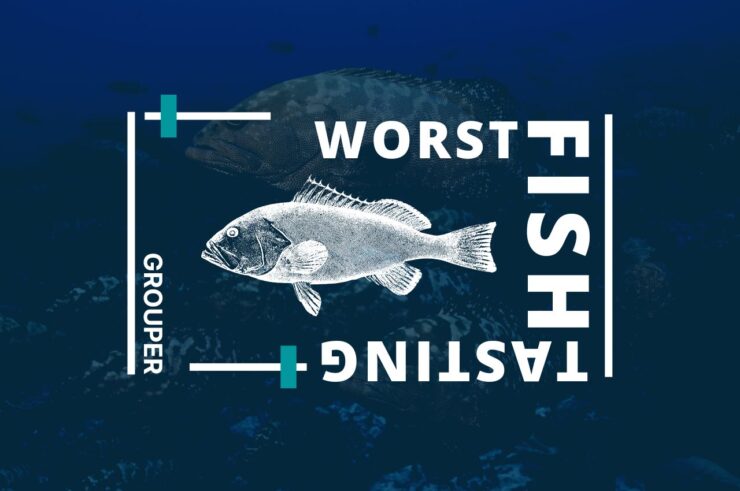 The reason the grouper made it to this list is that it is often confused with other similar-looking types, so it may be difficult to get to the authentic one. Grouper is the common target of seafood fraud.

For example, in 2015, the investigations showed that more than a third of nineteen restaurants in Atlanta sold pangasius as a grouper. These investigations also showed that the fish that was marketed as grouper was often either king mackerel or whitefin weakfish, which are both cheaper alternatives.

Mislabeling can lead to various problems, as you might get some specie that is not properly controlled and end up with various health problems. It is also worth mentioning that the real grouper is moderately high in mercury levels and has a flavor that is not to most people’s liking. 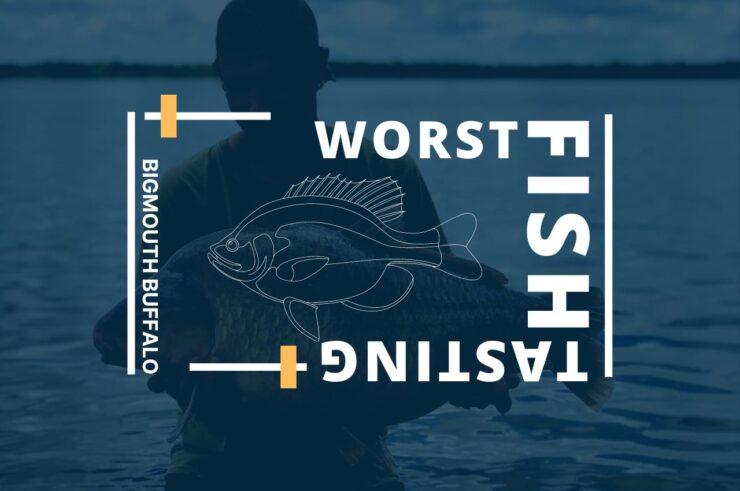 When it comes to the taste and texture of bigmouth buffalo, it is very similar to tench, which says a lot. Both can be found in the same type of water, and they feed on the same food, so the end result is their muddy flavor, which is best to avoid.

People often confuse bigmouth buffalo with carp, which actually tastes pretty good and is a commonly served dish in seafood restaurants. Sadly, everyone who got confused was in for a disappointment and got the infusion of slimy and muddy flavor. 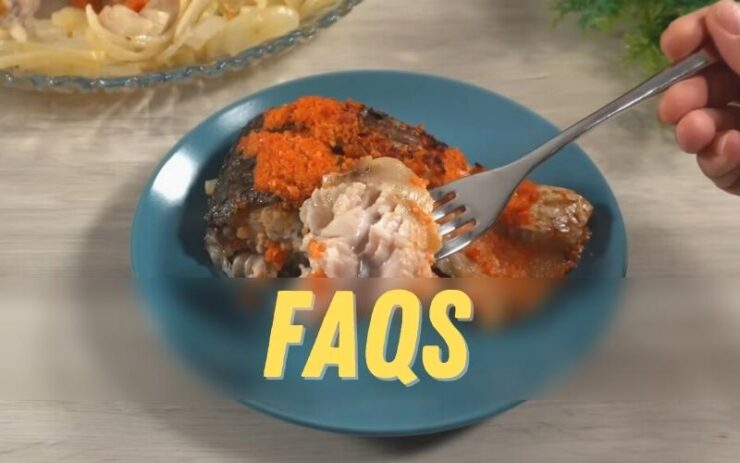 Here are some of the most frequently asked questions that you might find useful when considering eating fish for lunch.

1. What is the unhealthiest fish?

The unhealthiest fish according to the World Health Organization (WHO) are those that contain high levels of toxins. These pollutants can cause a wide range of health problems, including cancer and reproductive problems. Here are five of the most harmful fish:

2. What is the most toxic fish in the ocean?

3. What is the healthiest fish to eat?

There are many types of fish that can be eaten, but some are considered to be healthier than others. Salmon is a good option for those looking for a healthy, high-quality protein. Other good choices include: trout, tuna, mackerel, herring, and cod. Some fish may be more environmentally friendly than others, as well. For example, tilapia is often considered to be a sustainable choice because it doesn’t require large amounts of water to survive and can reproduce quickly in captivity.

Yes, it is perfectly safe to eat fish every day. Fish are a healthy source of protein and omega-3 fatty acids, and they are low in fat and calories. Some people may be concerned about the environmental impact of fishing, but most commercial fisheries have been environmentally responsible for many years.

5. What fish is eaten alive?

There are many fish that are eaten alive, but the most common is the swordfish. Swordfish are a popular seafood dish and can be expensive, so it’s not uncommon for restaurants to use fresh or frozen swordfish in their dishes.

When a swordfish is caught, it’s often killed instantly by a sharp blow to the head with a blunt object. This causes the fish to go into shock and die very quickly. The flesh of the swordfish is then cut from the bones and sold as fresh or frozen.

Although this list of the worst-tasting fish may be a bit subjective, if you are not the one to likes to experiment with the food, we recommend you avoid the species we have written about.

There are plenty of healthier alternatives you can go for, and if you find yourself in a good seafood restaurant, you will surely get some good recommendations and find the flavor you will instantly fall in love with. However, if the menu has some of the species we have listed, it would be wise to steer away from them.

In case you are an angler that looks to expand your fishing skills, but require quality transportation, check out our article about fishing kayak we really liked.