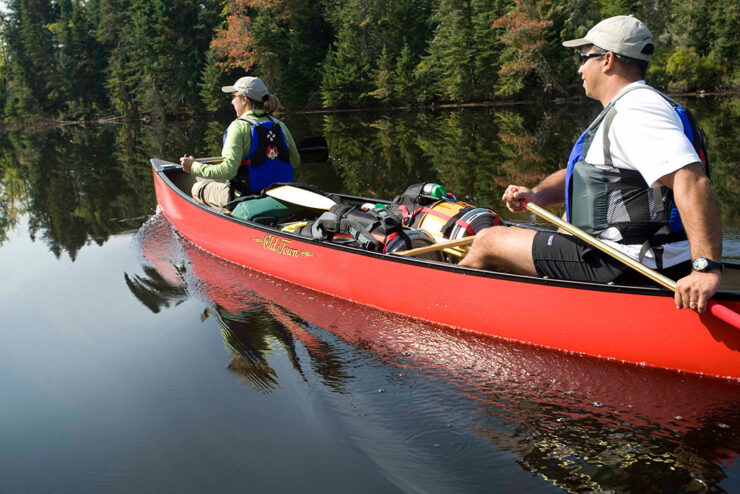 Although kayaking is a relatively safe sport that is appropriate for paddlers of all ages ranging from adolescents to elderly adults, there are certain mistakes that paddlers commonly make that could cost them their lives. In fact, because humans have evolved to breathe in an atmosphere rather than underwater, both weather and water can be both friend and foe to even the most experienced kayaker. Therefore, failing to pay attention to the weather or underestimating the power of water can prove fatal to a kayaker if certain circumstances arise. Consequently, it is important that all kayakers of all skill levels be aware of the five most deadly paddling mistakes so that they can take steps to avoid them in their paddling adventures.

1. Not paying attention to the weather

Most kayakers are well aware that the weather can be very violent at times with gale-force winds often accompanying rain and lightning. However, while lightning strikes are the most obvious and most prevalent deadly danger to kayakers if they find themselves exposed to open water during a lightning storm, wind can also pose a deadly danger to kayakers because a strong enough wind can not only prevent a paddler from reaching shore, it can blow them significantly off course as well as blowing them out to sea.

2. Dressing for the weather rather than for the water

Another weather-related deadly danger to kayakers is the common practice of dressing for the weather rather than dressing for the water. While this might sound like an oxymoron, it is actually good advice when you understand its meaning.

Thus, what this adage refers to is the fact that most paddlers tend to dress in clothing that will enable them to remain comfortable while paddling which would seem to make sense at first glance. However, if a paddler capsizes while wearing clothing made from a water-absorbing fabric such as cotton, then they will likely be uncomfortably cool to hypothermic once they either roll up again or reenter their kayak via an assisted or self-rescue or manage to swim ashore while towing their kayak.

Therefore, wise kayakers dress for immersion rather than dressing for warm, sunny, weather so that, in the event that they do accidentally capsize, they will have the correct clothing and dry bag on to enable them to survive the experience.

However, kayak safety gear is every bit as essential to a kayaker as their paddle is because, in the event of an emergency, the safety gear that a kayaker carries could very well mean the difference between life and death.

4. Not knowing how to perform a self-rescue

Because water is not a kayaker’s native element, finding themselves immersed in water can sometimes prove deadly depending on the weather conditions and the ambient water temperature. Therefore, most experienced kayakers consider the ability to roll upright to be the pinnacle of self-rescues because it provides a paddler with the ability to right themselves without the assistance of a fellow paddler and without exiting the kayak’s cockpit. However, even if a paddler doesn’t know how to roll, they can still perform a self-rescue with the assistance of a paddle float and the right technique.

Therefore, it is imperative that any kayaker who wishes to venture farther out on the water than the distance that they can swim while towing their kayak learn how to perform a self-rescue because doing so may very well one day mean the difference between drowning and returning safely to your family.

5. Underestimating the power of current

Moving water can be very deceptive in that it can easily conceal the speed of its current and thus, its ability to either prevent a kayaker from getting to where they want to go or to forcibly take them somewhere they don’t want to go.

Therefore, it is extremely important that paddlers pay close attention to any currents that exist in the locations where they paddle and, if so, either avoid them or be extra careful when navigating them because not doing so poses a deadly danger to any kayaker who lets their guard down.

So, although kayaking is a relatively safe sport, it does pose a certain level of inherent danger. Therefore, making any one of the five deadly mistakes listed above could easily mean the difference between having a pleasant day on the water and attending your own funeral as the guest of honor!

In addition, experienced kayakers dress for the water rather than for the weather by wearing either waterproof clothing such as a wet suit or dry suit or by wearing clothing that absorbs very little moisture such as that made of nylon, polyester or, polypropylene.

Furthermore, wise kayakers always carry essential kayak safety gear and, they also learn how to perform a self-rescue. That way, they are self-sufficient in that their safety is in their own hands rather than depending on someone else to rescue them.

Last, wise kayakers learn to pay close attention to the current and to respect the power of moving water which then gives them the ability to learn to use the currents to their advantage rather than viewing them as a disadvantage that has to be overcome.

So, by being aware of the 5 most deadly dangers kayakers face, hopefully, you will take note and avoid them in your own paddling adventures because doing so may very well save your life while ignoring them may very well end it!