Anglers far and wide know that the most important thing about fishing is doing it quietly. If you take some time to observe how fishermen approach the activity as a whole, you will notice two things.

The first revolves around all the essential equipment a fisherman needs if they are to catch fish and be successful at their craft. The second is even more critical and it deals with being patient and stealthy about it. 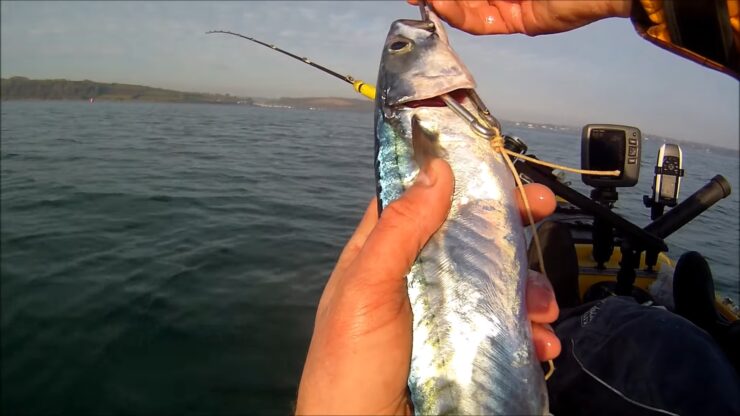 Everyone that has been fishing knows what the atmosphere at the lakes, rivers, and oceans is like. Or at least how it should be. Optimal conditions cannot always be achieved but most anglers do it to the best of their abilities.

If one is to come back home with a net full of various fish, they must be sneaky, stealthy, and quiet about their business. It is a well-known fact that fish scare easily. Not only that, but most of them do not fall for the same trick twice meaning you only get a single chance to catch every individual fish.

On Their Own Turf 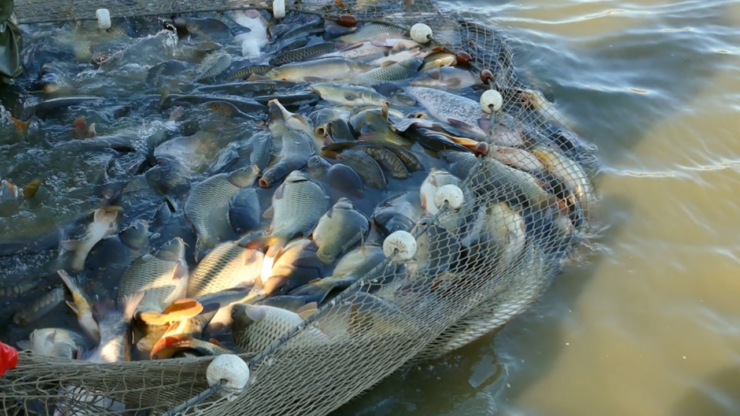 In order to remain stealthy, fishermen try to make at little noise as possible. The discourse is lowered to a minimum, there are no unnecessary noises like music or singing, and while in the water they try to be as unnoticeable as possible.

Fish can not only hear stuff in the water but also feel the vibrations and changes in it. It is their natural environment after all and they have many ways to tell something is off. However, there is a way to outsmart them at least to a point and it comes with paddling. 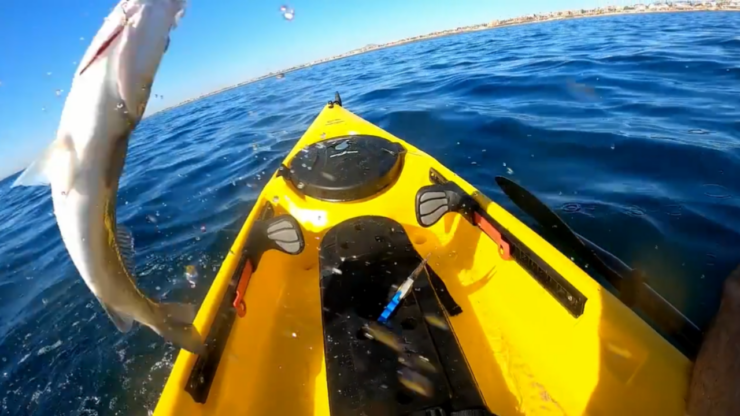 At first, it may seem that being in the water and closer to the fish also means spooking them more easily. After all, floating above them and constantly paddling from your kayak should mean fish running away from the vessel and therefore away from the danger of being caught.

Something so big that obviously does not belong to the ecosystem they are a part of should be easily avoidable and recognized from afar, right?

Well, if done stealthily, paddling does not have to scare them away. It could actually help you in a way. It is up to the fisherman and their knowledge of kayak fishing and how spooked they will make their prey. In the following sections, we talk about stealthy paddling and how you can do it.

Hunting fish is difficult and challenging enough so getting in front of something as important as this could be the deciding factor you need to always come home with a cooler full of fresh catch. Remaining under the raider starts with the angler understanding how the fish detect threats, especially those coming from above. In the water, they have it easy which means your paddle is easily noticeable.

The usual rule of nature and hunting applies to fishing too: by the time the fish has seen you, it has already both sensed your presence by feeling it through the water and heard you move. In the water, sounds travel 4.5 times faster than in the air so we humans have no chance.

Even the most subtle of noises are easily identified by most fish, especially those worth fishing for. Fish detect movements in the water thanks to their lateral lines, meaning when they are not turned toward the threat.

Therefore, they feel you twice as far as your casting distance reaches. It is surprising that we even catch any fish if we consider this! Jokes aside, there is a lot more to it when it comes to baiting them, but you cannot do it if they are spooked by your kayak’s presence and your bad paddling habits.

As with the act of fishing itself, it is mostly about the technique. If you do it right, you will catch more fish. If not, you will keep failing and getting frustrated until you give it up altogether. Kayak anglers usually overlook their paddling technique and they steer their kayaks however they see fit.

This is a big mistake and something that can be difficult to correct later. Focusing too much on the fishing aspect of casting from a kayak may seem like a good idea, but you cannot catch something that is a few steps ahead of you due to your own fault.

The most important part of the paddling technique is the catch, which is the initial stroke when the paddle blade hits the surface of the water. If this initial move is sloppy and without much effort, everything that follows cannot be that much better either.

Just slapping the water without care causes cavitations and churnings of water and air that will definitely scare away all of the surrounding creatures. The best part about this is that doing it quietly is not at all difficult.

All you have to do for a quiet and clean catch is to pause for a short second. When the whole length of the paddle blade is in the water, only then should it be moved. The power phase of the whole stroke that will move you and the kayak should only come when you know that no additional air and water will be added to the move.

Carry on moving it smoothly and avoid splashing water out as you do it. Doing it slowly will not make you any less speedy, but what it will do is save a ton of energy and allow you to paddle for longer. Remember that the most efficient strokes you can make are those that you firmly plant in the water entirely before you begin the pull.

While stealthy paddling is the most important part, doing other things to hide your presence goes a long way. You need to appear as if you belong meaning smells of sunscreen, tobacco, and insect repellents may scare them away too. Make sure to blend in with nature and respect the abilities of your prey. With proper paddling, you will be catching more fish every time you go out.