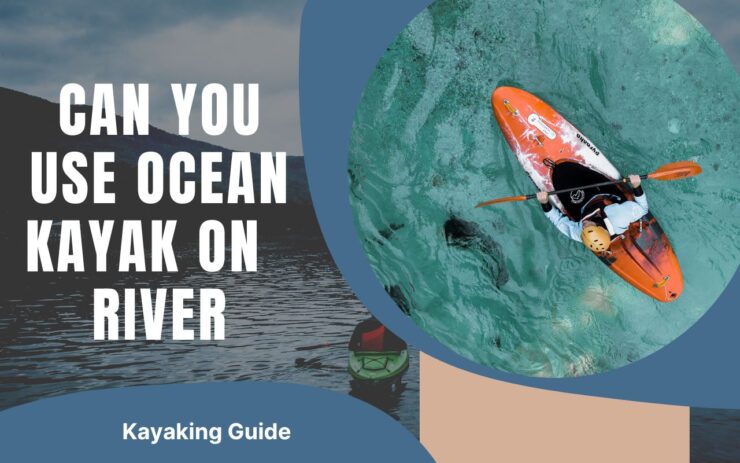 Rarely is an item or a commodity so versatile that it matters not where you are using it. Even with modern vehicles, it can be problematic to drive them on certain terrain and in specific, high-demand situations.

There are plenty of other examples of this in the world, both with smaller things and with larger, expensive ones.

The environment and the uniqueness of the place dictate the type of thing you need and there is not a lot of wiggle room to change it.

With kayaks, the situation seems to be the same, but only at first glance. There are many types of kayaks on the market, designed, made, and sold for specific uses. Some are meant for fishing, others are for recreation.

Then there is the size as the determining factor since there are models that are anywhere from 8 to over 14 feet long.

The type and features also matter as not all kayaks are equally wide, stable, or with the same type of cockpit.

While these are all significant differences, there is another, the more basic distinction between kayaks and it deals with the body of water they are meant for.

It suggests that there are enough differences between lakes, rivers, and oceans (sea) that they justify the creation of separate paddling vessels.

Is this true, and can you use an ocean kayak on a river? If so, why are there two options anyway? If not, why not?

Read on to find out.

What is an Ocean Kayak? 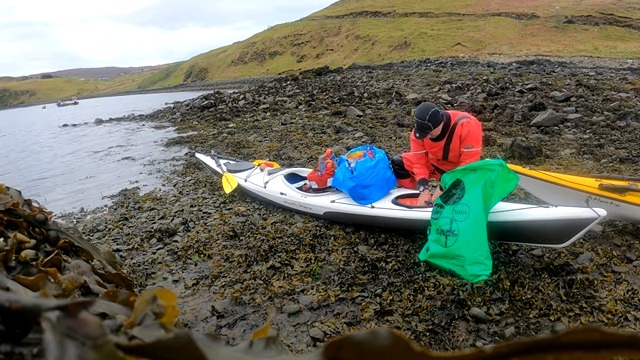 Ocean, or sea kayaks, are paddling boats developed specifically for saltwater use and designed to traverse the open waters.

As such, they are built for navigation and long stretches of straight paddling without any need for sharp turns.

They are made for kayakers who prefer the open ocean and spend their time offshore as well as along the coastline.

Kayaking on the ocean requires more strength and stamina because of the strong winds and heavy currents that are a regular occasion.

Because of this, there is a need for more paddling and therefore the kayaks are made to counter this and be as easy to steer as possible.

This is done by making them long and narrow, with both the bow and the stern being pointed.

Such a lean and sharp design makes it go faster and smoother through the waves. Ocean kayaks are much longer than river kayaks and narrower.

They are at least 12 feet long and tend to be around 14 feet at the longest. There are of course those that are even longer, but that also usually means a bit more width for extra storage or an additional paddler inside.

What is a River Kayak?

On the other side of the spectrum are river kayaks, designed for navigating all sorts of rivers from wide and long ones to narrow and short ones with many turns.

However, these vessels are not really called river kayaks. There is actually not a specific type of kayak meant for rivers, only for freshwater.

Rivers of course qualify which is why they are often referred to as river kayaks but also lake kayaks.

They are slower, shorter, and more nimble, which is needed for sharper turns and faster U-turns.

However, not all river kayaks are also suitable for rapids or whitewater. For that, you need an even shorter kayak.

Standard freshwater kayaks are meant for recreation, relaxation, fishing, and exploration, which means they strike a good balance of utility-friendly features and performance.

River kayaks are anywhere from 8 feet to 12 feet long, with most of them being between 9 and 11 feet for standard rivers and around 8 feet for whitewater rapids.

All of them have more rounded bows and sterns, offering more stability than ocean kayaks which is needed due to turning.

Some freshwater kayaks also allow standing up, crucial for fishing, which are called sit-on-top kayaks as opposed to sit-inside ones.

So Can You Do It?

To answer the titular question, no, you cannot really use a sea kayak in the river.

Technically and physically you can, but it will be a struggle. It is much easier and more sensical to do it the other way around and use a river kayak on the ocean.

Fewer things can go bad and there are not as many problems with doing it in that direction.

Ocean/sea kayaks are too narrow and long for many freshwater surroundings, even some lakes.

They are unstable and harder to control, and since the river is flowing you need more control so as not to spin, capsize, or run ashore.

Paddling with little effort is what they are made for, but only in the ocean.

In a river that flows, there is more paddling to be done on average and many more strokes per minute.

The obvious reason why a sea kayak is not suitable for rivers is the fact that there is not enough space to make or even attempt safe turns and maneuvers.

Turning it at 180 degrees takes a lot of time. Imagine trying to make a U-turn in an 18-wheeler on a very long but narrow street with numerous turns. It is a nightmare.

On an open parking lot or a construction site, it is a breeze because you just turn slightly and wait for the eventual turn to be complete. The premise is very much the same as using long and narrow ocean kayaks in rivers.

If you plan to do most of your kayaking in the sea and if you live close to the sea, it is a no-brainer to purchase a saltwater vessel that is narrow and long.

On the other hand, if you are landlocked and surrounded by lakes and rivers, pick a shorter and more nimble kayak that will allow you to maneuver and make sharper turns.

Passionate kayakers that love everything and want diversity should really only invest in a longer and more capable river kayak since it can go in the ocean too.