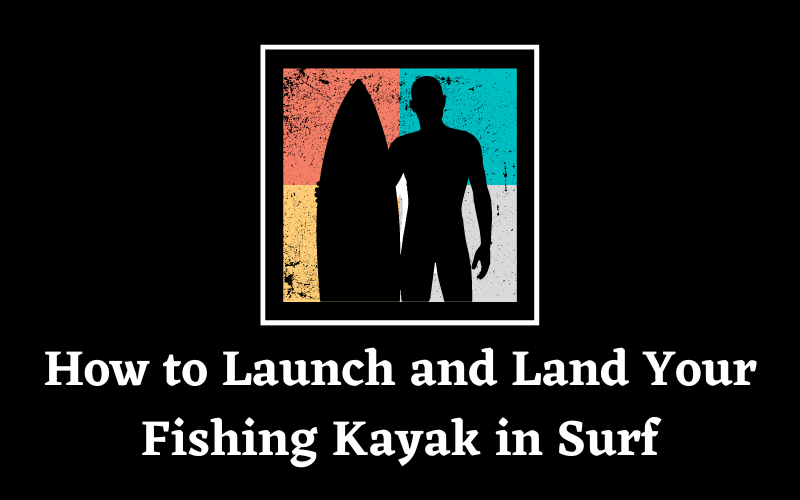 Starting a new activity is always difficult because you are completely new to something that requires both theoretical knowledge and practice. And when there is a special type of equipment to be used as well, it can take weeks or even months to be even remotely familiar with the basics. Of course, starting off slow is the key but with certain things, you have to keep trying and learn through trial and error. No amount of theorizing and planning can help until you get down and dirty.

This is true for certain aspects of kayaking, especially taking a kayak out on the water with fishing in mind. Kayak fishermen have been growing in numbers recently and despite it not being a novelty approach to catching fish, it is much more mainstream than it ever was.

Kayaks are better, there is more equipment to choose from, and more and more people are interested in fishing in general. Still, if you are to do it properly, you need to first be familiar with the basics of kayak fishing.

One can fish from a kayak wherever there is a body of water. Be it a river, a narrow and fast mountain stream, or a lake, it is possible to set away from the shore and spend hours in the water casting away. It is relaxing, liberating, and best of all fun.

However, the real challenge comes when you want to go kayak fishing in the ocean because of one thing other bodies of water lack: the waves. Often overlooked, the surf is a big hindrance when getting into the water to start a kayaking session as well as out of it to end it. In the following sections, we teach you how to both launch and land your fishing kayak in the surf.

Launching in the Surf

Let us start with the obvious and first talk about getting into the water despite the waves. For kayak fishing in the ocean, you will need a lean kayak capable of greater speeds, a sit-inside model that can traverse the wave head-on. It should be narrow and long instead of short and wide.

Sit-inside models are the best course of action by far. Their lower seating position also favors the conditions. Sit-on-top varieties with high chairs are slow, require more paddling and cannot go as fast.

The first thing you need to do is find the perfect spot for launching. Not every area on the beach gets an equal amount of waves. Some are lighter on the surf conditions while others can be barely beaten to enter the calmer waters.

Make sure to always scan the shore for the ideal launch site from where it will be easier to get your kayak in. Smaller waves are always better than bigger ones regardless of how much. There is always a cove or a pocket where the water is not as powerful, which makes for a perfect launch spot.

Next up, you have to set up the kayak. The launch needs to happen in water that allows the kayak to float, and you to touch the bottom comfortably with both of your feet while straddling on it. This is the final moment when you can check that all of your gear is safely strapped down and attached as there is no turning back once you get in.

The bow of the kayak needs to be lined so that it is square to the oncoming waves and the shore. In other words, you need to face the waves at an angle of 90 degrees. Otherwise, it will only take a weak wave to turn the bow sideways and pivot the whole kayak into a parallel position.

If this happens you need to start all over again, provided that you are still on the right side up. Basically, the essential thing is to take the waves head-on in a straight line, like a torpedo going straight through.

Of course, the departure needs to be timed. Preferably, it should be done between two waves, two smaller ones if possible. Do not get into the kayak until you have determined when to depart. Wait for a break between the waves, sit down and lift your feet into the cockpit, and make a few quick, strong strokes with the paddle to gain enough speed and blast through that wave. It is easier than it sounds and after breaking the first wave you will already be in the clear.

Landing in the Surf

When you’re ready to go back to the shore, you will again be looking for an area where the waves are smaller. The shoreline section where they rise less frequently and break less violently is where you want to go. Again, position yourself at 90 degrees, watch the waves as they go, and try to time when the next one will come.

The smaller the waves, the closer to the shore you can paddle and look for the starting position. When the bow of your kayak is lowered as the stern rises on the wave, start paddling hard in order to catch the wave.

It will surf you into the shore and you will basically ride it without the need for much paddling. Only a few strokes for light course correction are needed here. If all of the waves are large, paddle harder on the back of one that is breaking and you will get through it before the next one sets in.

Finally, as soon as you start hitting the beach, hop out and grab the handle(s) on the bow. Use the insertion to drag the kayak as high up the beach as possible. It beats dragging it over the sand so use it for as much as possible.