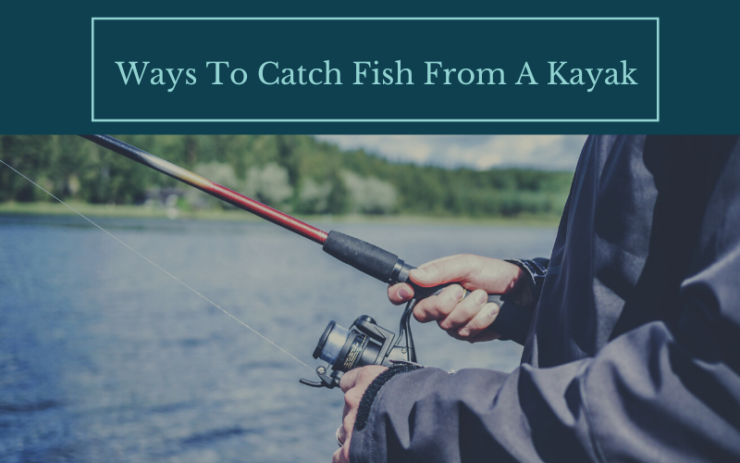 Fishing as an activity has been around for thousands of years. It is one of those things that everyone knows about despite maybe never trying it themselves. For the longest time, there have been many ways to do it and historically people came up with new and exciting ways to catch fish.

Of course, they did so to feed their families as well as to make a living by selling their catch in their communities. Not much has changed to this day apart from technology and the means to do the catching.

The go-to way of doing so is to cast from the shore using a fishing rod. Fishing line, bait, plus a reel, and there you have it. Before this was possible and widely available though, people made do with what they had. Some communities cough fish by hand in shallow but very cold and fast streams.

Others would go belly-deep in water and use spears attached to a rope. Ice fishing implies carving a small hole in very thick ice and using only some line and bait, sitting for hours in the freezing weather.

Casting From a Vessel

Of course, many people over the centuries and millenniums would also cast from their vessels. Small, wooden boats are not a novelty and they have been used for fishing for as long as societies have had access to them.

In the modern days, this is still the case as it is always better to get closer to the fish and out on the water if you are serious about it and want to catch more. However, today, the best and most efficient type of vessel to do this type of fishing is the kayak. Kayak fishing has taken over in terms of the preferred way of both experienced anglers and beginner fishermen.

More Ways to Do It

Contrary to popular belief, there are more ways to catch fish from a kayak. Many people think that it can only be done one way. Despite there not being the correct way to do it since it basically comes down to how well you can organize and handle yourself, it is usually thought that sitting and casting into the water is how it is done.

This is of course the general premise but there is more to it than just simply sitting comfortably and using a single rod. In the following sections, we talk about the different ways one can catch fish from a kayak so that you can try them all and judge for yourself what the most suitable option for you is.

First off, it needs to be said that there are two distinct types of kayaks and they imply different approaches to catching fish. The first is typically referred to as the sit-inside kayak.

These single-person vessels are lean, long, and narrow, and they have a dedicated area to sit on with plenty of room to stretch your legs in front. They are called sit-inside because you sit all the way and the edges of the kayak surround you. The cockpit hugs the seating area somewhat and you are in a lower position.

Casting is done while sitting down and you are free to turn around, do it from the side, and attach multiple rods to the dedicated rod holders every kayak has. Most fishermen use one or two rods at the same time, with the most amount being four on average. This is the optimal way of fishing that strikes a good balance between comfort, vision, leisure, and actual fishing capabilities. This is also the more common kayak of the two types.

This is the second-most used variety and the type of kayak that is usually not as lean. It is wider and blunt in the back instead of being pointy at both ends. This gives most of them more maneuverability but also makes them less speedy. However, the fact that they are wider means more balance which is crucial for an important function of this kayak.

These models are borderless and resemble boards because of how flat they look. The seat goes on top and you can practically use any chair. Dedicated ones do exist though, but any chair will do and give you a much higher sitting position meaning more visibility.

The biggest advantage though is the fact you can stand on them and cast. This is not possible with sit-inside kayaks because they are much less stable and will capsize if you stand up. If you prefer standing and fishing, get yourself a sit-on-top model.

Fishing and Paddling at Once

This is an expert tactic and the most efficient way to utilize the fact that you are on the water. Paddling with one hand and fishing with the other? Sounds impossible but it is actually very possible. It takes practice and a proper way of holding the paddle and the rod, but once you figure it out it will make a lot of sense.

You do it by holding your paddle with one hand and using your chest/gut as the second fulcrum point. This will take you forward. To go in reverse, use your forearm as the fulcrum point. One-arm paddling like this is difficult but it does free up the other hand that can be devoted solely to fishing, maximizing your potential and making you a more advanced kayak angler.

Last but not least, you can also try net fishing which implies using a large cast net to catch multiple fish at once. It is a less hands-on approach and one where you must wait, not knowing whether the net is entirely empty or not.

You can do it by dragging a net from your kayak and trying to catch whatever is in the way or casting it and then pulling it in over and over. There are also nets that can stay in the water only to be collected later. Both types of kayaks are good for net fishing, but for casting, you will fare much better with a sit-on-top model.