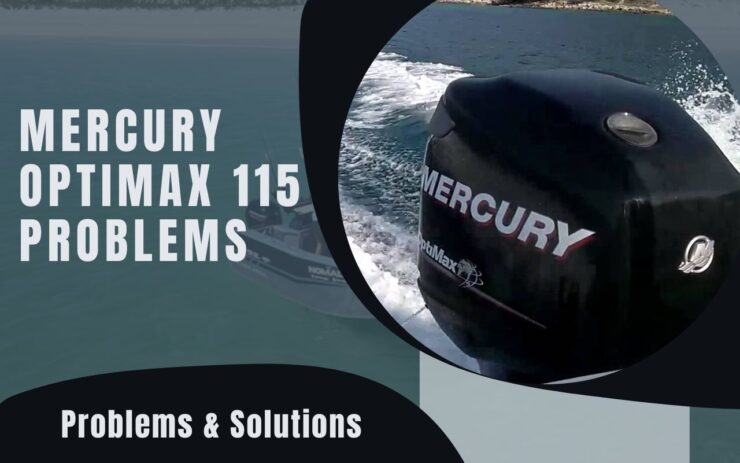 The Mercury Optimax 115 is highly popular among enthusiasts for its two-stroke engine. However, problems could arise after using it for an extended period of time. We understand if you are concerned about the problems you could face after buying it.

So, what are the mercury Optimax 115 problems?

The most common problem is the engine being too loud at lower RPM. Checking the parts and re-adjusting them could solve this problem. Sometimes the air compressor or the wrist pin bearing fails. Re-adjusting open caps or plugs usually fixes this. But, in some cases, all you can do is replace it.

This is just the tip of the iceberg. You need an in-depth understanding of the problems and solutions. Don’t worry, we have provided all the information that you need!

So, let’s jump right in, shall we? 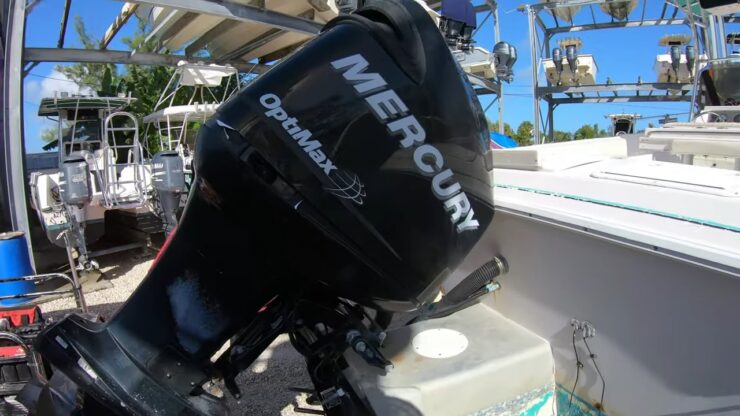 The Mercury Optimax 115 is a direct fuel injection (DFI) outboard in the 115 hp range. It is a beast in the 115-hp range with a two-stroke engine. However, even this beast faces problems after being used for an extensive period of time.

Let’s have a look at 8 very common problems with the mercury Optimax 115!

Even though it decreases as you throttle up, it spikes up while idling or slowing down.

Components firing away is usually the culprit behind this. It could be the compressor, exhaust, or injector. The engine keeps rumbling but way too loud.

Simply opens up the engine and replace the component that’s firing up. Hiring a mechanic will save you a lot of time and hassle since it’s tough troubleshooting.

Any mercury outboard bought after 2008 has a strong air compressor. However, models before that may cause problems.

It is a common problem where air compressors blow up. Consequently, the powerhead could get damaged.

If you have a wobbly outboard, this could very well mean that your air compressor has failed. Additionally, compressors that have been used for more than 500 hours are more likely to malfunction. Repairing air compressors could cost you a lot. It is better to replace it altogether. If you have a warranty left, might as well use it!

The Mercury Optimax 115 has a reputation for decayed wrist pin bearings. It could lead to permanent damage to the cylinder pistons that have wrist pins.

In most cases, the pin gets detached from the priston. It could also happen due to a detached lower bearing cap.

The engine usually makes a sound similar to knocking.

Replace the wrist bearing pin. Make sure you have the right size.

Hopefully, they’ll do the job for you!

There have been cases where the lower unit explodes with a running engine.

The reason behind it is usually a damaged prop shaft. If a metal fragment drops in the lower unit, it could blow it up.

Consequently, the prop shaft could break or the gears could simply come off with a blow. Or, it could be something with the outboard motors that are super expensive to replace. 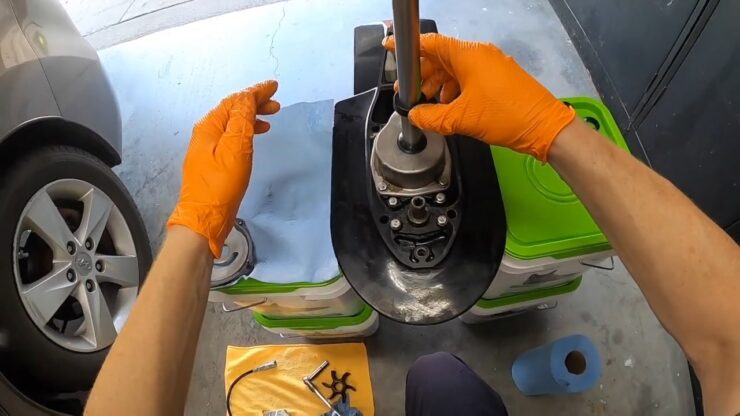 Immediately calls a mechanic to fix it. Maintaining proper lubrication could definitely prevent this from happening.

Mercury Optimax 115 runs on DTI fuel. If you use any other fuel, major problems could show up at your doorstep.

The problems could include insufficient fuel pressure, pumping issues, or priming problems. Or worse, the engine may fail to ignite altogether.

Refrain from using the leftover fuel or fuel mixed with ethanol. Clean the whole fuel tank for any residues. Servicing centers can do it for you for a cheap price.

The Mercury Optimax 115 has an inherent design flaw that it comes with. The lower unit water pump along with the seal is designed imperfectly. It can cause trouble for your outboard.

The most common issue that arises from this flaw is the accumulation of dirt. This problem is even more severe when there is plenty of sand where you are boating.

Dirt or sand usually accumulates right below the water pump and against the top seal. The seal is located at the drive shaft. Since the dirt gets stuck, the shaft starts to decay rapidly. The mixture of sand and salt can also create problems for you.

However, if you are boating in deep or clear waters, you should be good to go.

There is no definitive solution to the flaw as it is an innate part of the whole thing. But, you should keep an eye out for the accumulated dirt and clean it before it harms the shaft.

The overheating issues often surface when you’re speeding at around 50 mph. You could lose power immediately. A red beep will keep flickering on the gauge.

This occurs mostly due to overheating of the engine. However, the beep might not flicker if the sensor gets faulty.

First of all, check if the sensors are working properly. Then you can begin troubleshooting. An adapter plate with one brass and one plastic nipple is located on the engine’s portside.

Air dump is done by the brass nipple and the plastic nipple is a water filter screen. Sometimes dirt gets stuck in these filters causing a problem for the engine.

The clogging causes the engine to overheat and turn the alarm on.

If you start your boat after keeping it stored for months, you’ll probably face some problems. Losing power all of a sudden is a very common issue that you could face.

But, the problems are mostly with the speed, not the power supply. It usually happens when the RPM is around 4500. It could jump right back to around 2500 RPM and not get faster again.

You should also look for Mercury 150 Four Stroke Problems. In such cases, replacing the fuel line often solves the overheating issue. You should change the water separator filter and the bulb if they are faulty. This should solve the issue.

If this is not the case, inspecting the battery terminal should be a viable solution.

This discussion should help you understand the problems and their fixes!

Many times a loss of power can be caused by a number of factors such as dirty or clogged air filters, plugged injectors, or a bad fuel system. Once you have ruled out any potential mechanical issues, it’s time to look at the electrical side of things.

If you are experiencing decreased power, it may be worthwhile to check the overall electrical load on your machine by using an electric load tester. This device will measure the current draw from various parts of your engine and should give you some indication as to where the issue lies.

In addition to checking for overloads, it may also be necessary to clean or replace certain components on your machine like the air filters or plugs. If the problem persists despite following these steps, it may be necessary to have your engine replaced.

However, if you take care of basic maintenance and repair tasks like cleaning and replacing components as needed, chances are good that you’ll be able to keep your Mercury Optimax running at its best for years to come.

What is the longevity of a Mercury Optimax?

An average Mercury Optimax should last you around 900 to 1300 hours. It mostly depends on how well it has been maintained. But that doesn’t mean that they do not surpass the average threshold. There have been many cases where they have lasted over 1500 hours. But this is when problems start arising.

How many hours will a Mercury OptiMax last?

An average 2-stroke outboard should last you about 1500 hours in general. They should last you around 7-8 years with an average of 200 hours annually. For extensive longevity, change the oil every 50 hours and flush the engine once in a while. With proper maintenance, they can last around 20 years.

Can you reply on Mercury 2 stroke outboards?

Yes, you can definitely rely on 2 stroke Mercury outboards. The manufacturer, Mercury Marina, has gained popularity due to its reliability. The ease of maintenance is also a very lucrative aspect of mercury outboards. They are also pretty durable. Hence, you can very well rely on them.

It would be disheartening to see your outboard face problems. Hopefully, we’re able to give you a heads-up on the mercury Optimax 115 problems.

A tip, always checks the VST filter to ensure that it is functioning properly.

We will see you soon in another article. Till then, adios!