There are many things that beginners to a certain activity may have, some of which may really seem strange or over the top. However, considering the fact that they are brand new to something that has existed for ages, it is natural for them to know next to nothing about it. When kayaking and fishing out of a kayak are concerned, anything that revolves around safety is a legitimate question.

The very fact that you are first in the open wilderness and then on top of that in the water is enough to raise many concerns. Going in blindly and not worrying about potential dangers is not smart and most people take time to prepare. Purchasing a kayak and taking it out into the water is easy enough on paper. All you need to do is buy the right model that suits your needs and find a way to transport it to the lake, river, ocean… 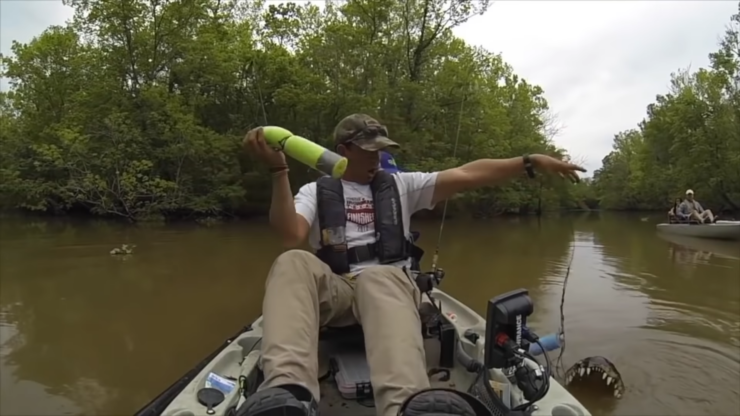 In reality, it is all about preparation and strengthening your case with some proper information. For example, in certain parts of the country, there are dangers that do not exist elsewhere. One thing that those in the south need to make sure of whenever they want to go to a body of water is wildlife, particularly alligators.

These large, vicious reptiles have been causing concern in Florida, South Carolina, Australia, and many other places for decades. They are infamous for it and therefore proper action needs to take place to protect yourself. In an effort to help you best prepare for an eventual face-to-face encounter with an alligator, we have some crucial information about alligator attacks on kayakers. Read on to learn more.

Does It Really Happen? 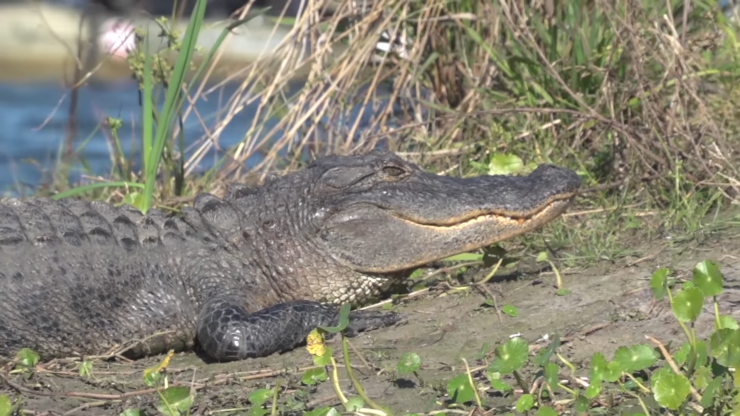 Alligator attacks have had a place in popular fiction for decades, but does it really happen as often to back up such fear in people? Well, as you have probably expected, the answer to this question is quite complex and definitely not a yes or no choice. Alligator attacks do happen and the danger is real, but again, there is more to it than always expecting a huge reptile to be on your trail wherever you go.

First of all, you have to be present in an area where alligators are native. Just like any animal in the world, they are defensive of their territory. Why shouldn’t they be after all? They have their lives to protect, that of their young, and to hunt to survive in their natural habitat. Therefore, the danger is very real if you decide to go paddling in an area known to be home to alligators.

Their activity is well known and widely documented, meaning anyone who purposefully takes their kayak out there is obviously risking danger.

Why Do They Attack?

Most creatures on this planet want to be left alone, that much is certain. There is no good reason to make an effort to bother someone as they get defensive. It is the nature of people, animals, birds, insects, and even plants. An alligator is a predator, an apex predator in most places where it lives, which means its instincts are quite clear.

It hunts to survive and defends its territory, both from stronger alligators and from other predators. It competes to get the food on the metaphorical table. However, it also likes its peace and quiet. Gators love floating about in the water, not bothering anyone and unless they have a reason to, they do not attack. So what could be the reason to attack a human?

Well, that is a good question and one that most probably know full-well how to answer. Humans are basically the worst species on earth at getting along with others. We typically do not need a good reason to fight, argue, and intrude. There is something in certain people, deep down, that gives them pleasure in wanting trouble. Therefore, they get too close to dangerous situations and alligators definitely qualify. 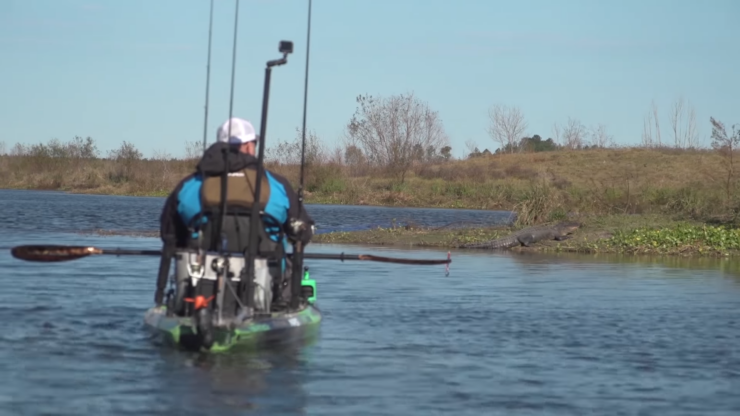 If you do not want trouble, simply stay away. Do not throw stuff at them, do not yell at them, and imitate animal sounds. Do not try to chase them and make them move. They are comfortable where they are, why initiate any contact? Your kayaking session will get ruined and you will regret it. Let it be and they will let you be. An alligator will never attack first unless provoked. Speaking of provocation…

What Could Provoke them in Kayaking? 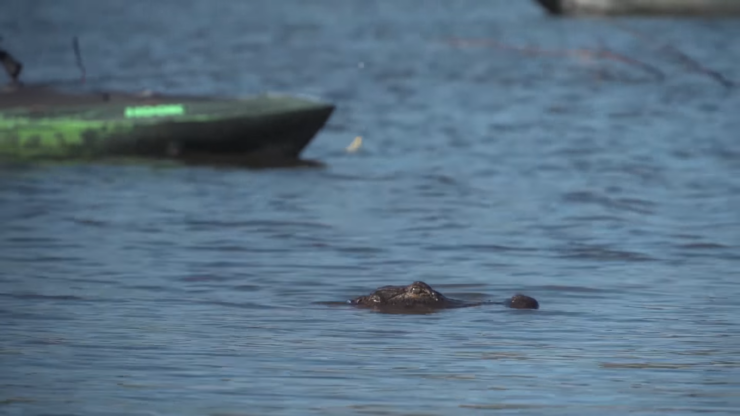 Kayaking on its own is not something that can make an alligator feel endangered, at least when done as intended. Simple paddling in silence and doing it subtly (which is something everyone should be doing if they are already in an area with plenty of huge reptiles) is prevalent.

There is no need to splash and make aggressive movements with your paddle. This is usually what startles the alligator in the first place. Keep the paddling easy and they will not attack.

When it comes to fishing and kayaking, as an angler you know how to behave and that you should respect nature. Catching the fish that you need is enough as you can always come back. Protecting nature and living in harmony is key. The same principles apply to defending yourself against alligators.

If you respect them and mind your fishing habits around them, they will never bother you. Never corner them or make them feel threatened. It is easy enough advice to follow and it is more than enough.

Casting your rods close to them, especially where they seem to nest and where they are grouped together, is a recipe for a very bad day. There is a lot of water where they are not present so why not cast there? You may be tempted to feed them since it is common to feed the fish to bait them.

NEVER try to feed alligators because you cannot predict how they will react. If avoiding their territory was not the advice to follow, not feeding them should be.