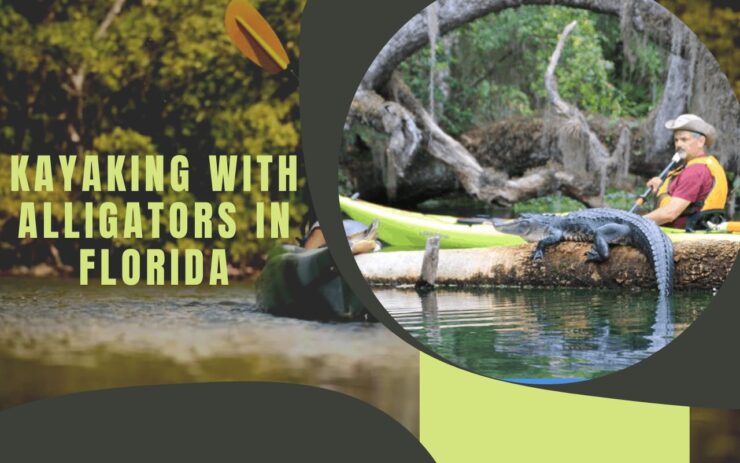 People often fail to realize that nature is unbeaten in its fight against humans. Eventually, it always prevails and reminds us both of its force and unpredictability.

While climate change is a whole other story, one in which the forces of nature are again going to cause havoc to everything human, nature in the general sense of the word is also dangerous.

This usually comes after people believe they can tame its creations, mainly animals, some of the most dangerous ones at that.

Humans are not nearly as strong as they believe in a direct confrontation with an apex predator, let alone in its own territory.

That is why many kayakers found out the hard way how dangerous alligators really are. Florida is arguably the most well-known place where alligators live.

It is one of the things people know best about this American state. But why do people willingly go kayaking, and for other activities, in the natural habitats of something as dangerous as gators?

Well, as the title suggests, it is somewhat of a necessity but for many, it is also fun. Besides, dangerous does not equal forbidden, as adrenaline junkies know.

Is It Safe Enough? 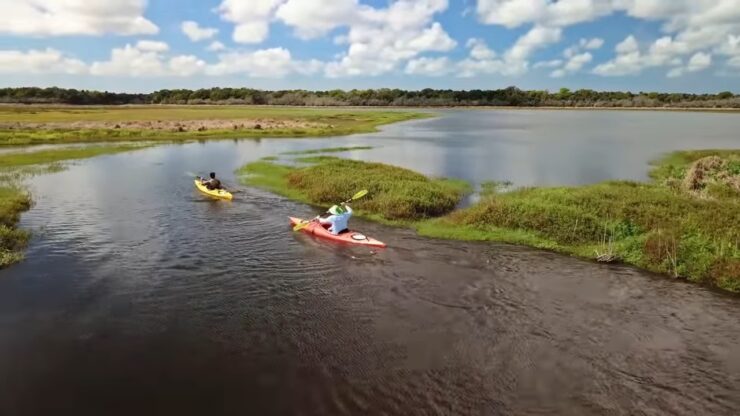 Kayaking with alligators sure does not sound safe, but it actually can be provided that those doing it respect the animals whose homes they are invading.

Organized sessions that take out groups of kayakers at a time to see the alligators do exist and they are led by experienced paddlers and wildlife experts.

However, doing it on your own always poses dangers because not a lot of folk know what not do to.

Education and information are how you stay safe while kayaking with alligators in the state of Florida.

Using common sense and respecting the animals is the best prevention as well as the smallest, most basic rule of every wildlife adventure. A good thing about it all is that no alligator attacks without being unprovoked.

Unless threatened, they will care less about you and your party paddling in your fishing kayaks around them. Of course, they will know full well that you are there as it does not take long for them to notice disturbances in the water.

Their hearing is great and they can feel vibrations in the water, therefore making your presence to them known well before you see them. If you leave them alone and keep your distance while paddling, you will never experience any problems. 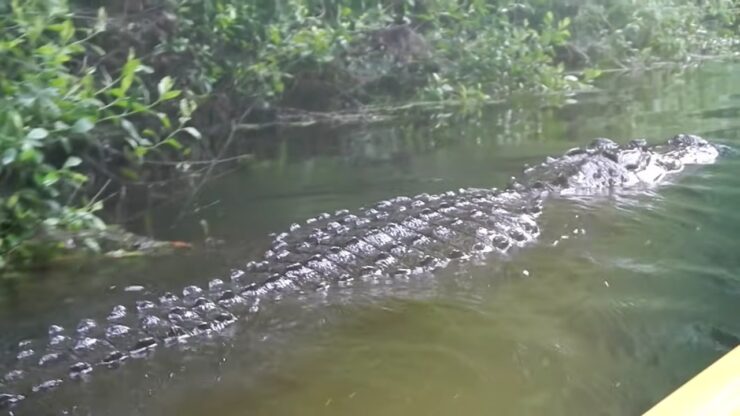 Alligators love their peace and quiet. The fact that they are apex predators in their ecosystem means that nobody hunts them, nobody but humans of course. Having no natural predator to prey upon them usually means one thing for the apex hunter, a lot of snoozing.

As you might have already guessed, alligators like to sleep and they actually spend an average of 17 hours per day sleeping. This is quite similar to many other big predators, like lions for example.

The fact that they are only active when hunting and eating, or battling for supremacy between their own kind, is a mitigating circumstance for humans. It confirms the statement that they will let you be if you let them be.

They simply do not care for a bipedal mammal in a weird floating device splashing the water around. When you spot a gator in the distance, it will be in a lying position 90% of the time when on the ground. Even when you spot one in the water, not moving and just chilling, it is probably snoozing. 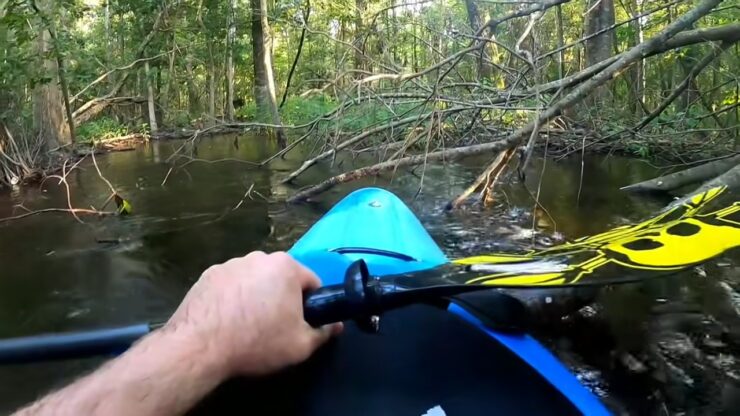 With everything above being said, why is kayaking with alligators so frowned upon then and why is the whole debate of whether it is fun, dangerous, or necessary? Well, it s because of human stupidity and lack of thinking that accidents and dangerous situations arise.

Kayakers cannot resist disturbing the gators when kayaking in Florida and they bother them until one attacks. Then, of course, they blame it on the animal and call the area alligator-infested waters. It is their natural home, and the fact that people are intruding means the waters are human-infested.

Throwing rocks, casting too close to a group of alligators, shouting, and intentionally paddling too noisily are all great recipes for a close encounter with the biggest and most dangerous reptile in existence.

A very old animal in terms of evolution, it is adapted much better to the conditions and the environment where you may meet them, the prime example being Florida and the largest of American alligator males can grow 12 feet or 3.6 meters in length and weigh up to 500 pounds. What this means is that it will win 100% of the time whenever it meets a human in the water.

Where to See Them? 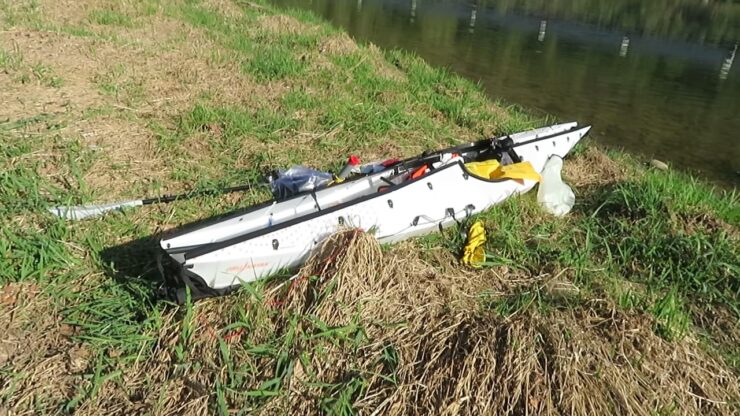 People are curious by nature and they want to see things they never have. What better place to see some gators and kayak with them than Florida? Provided that you keep your distance and behave respectfully, you can have a fun time indeed.

Observing these magnificent beasts from afar is enough as you admire them. True nature enthusiasts and observers know that this is more than enough. With a good camera, you can make some amazing photos and that is it. No need to get close and disturb them.

Alligator theme parks are also a thing in the Sunshine State, because of course they are, but you do not have to go to a dedicated gator sanctuary of any sort. Doing it in one of Florida’s 30,000 freshwater lakes is arguably the most authentic way as it is true wilderness.

Lake George, Lake Kissimmee, and Lake Wales are the most popular. Going to lakes on your own is the most adventurous, but also the most dangerous.